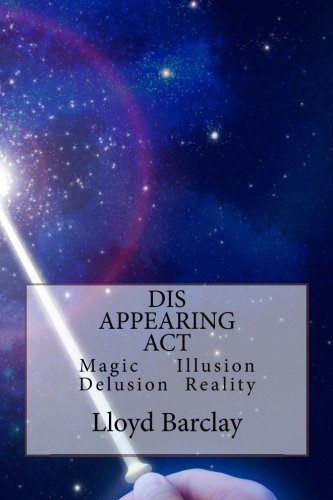 “Disappearing Act” has been developed as both a novella (short novel) and as a movie screenplay.

Sam Henderson and Wanda Davis are at the apex of their entertainment profession. Sam is a brilliant magician, while Wanda is a mesmerizing hypnotist. Together, their complementary talents generate persistently sold-

out performances. Sam’s dark history betrays him when his former accomplices zero in on him performing in Las Vegas. Now, the gang—Vince, Tony, and Maria—want payback from a previous heist. Sam plans an

intricate, courageous, and devious disappearing act, intending to escape with Wanda and start a new life. But what does Wanda want? Does she crave her currently glitzy, glamorous lifestyle with a new, young, and eager